Why do people call weed the “Devil’s Lettuce”? 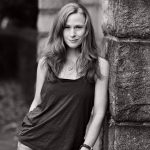 There are so many nicknames for cannabis – more than 1,200 in fact – that it’s hard to keep track of: Weed, Ganga, Bud, Broccoli, Herbs, Crazy Tabacky, Mary Jane, and Pot just to start with. The DEA even maintains a list of cannabis codewords and nicknames for trainees and agents, most of which have really never heard of – I mean, smoochy woochy poochy?

These nicknames are broken down into categories and usually cover the full range, covering the quality, quantity, type, joints, consumption effects, and even the people who consume them. And the language of cannabis continues to evolve as more Americans gain legal access to the plant. Completely new market segments such as concentrates and food are given their own slang terms.

But one nickname seems to be getting less attention in the age of legalization: the devil’s salad. Why was it called that and what did it say about cannabis users throughout the 20th century?

The story of “marijuana” and the devil’s lettuce

When it comes to “devil” and “lettuce”, the lettuce portion of the term can be assumed to make at least a little bit of sense because it’s green, but how did the word “devil” become part of the cannabis nickname too?

Looking through a wide lens, most cannabis nicknames came about because of the need in the past to keep the possession, sale, and use of cannabis secret. Others, however, were due to deliberate propaga intended to evoke negative and inflammatory beliefs, not only about the perceived dangers of cannabis itself, but also about the misrepresentation of the people who consumed it – “Devil’s Lettuce” falls into this category.

But first, let’s jump into the wayback machine and venture into the early 20th century, when cannabis prohibition laws were slowly, safely, and tenaciously codified.

The word “marijuana” first came to America in 1874 with the kind permission of the Spaniards who brought cannabis to Mexico for use as industrial hemp. Initially, the word “marijuana”, “marijuana”, or “mariguana” was anodyne, but when the Mexican Revolution in the 1890s and beyond caused many of its citizens to flee to the United States in search of migrant workers, the word adopted one more shameful meaning.

Predictably, an influx of immigrants into the United States led to an increase in racist and anti-immigrant sentiment. NPR discovered an abundance of news articles from the early 20th century suggesting that marijuana caused violence among Mexicans who smoked it. Here is a headline from 1925: “KILLS SIX IN A HOSPITAL; Mexican, crazy about marijuana, runs with butcher’s knife. “

If you’ve heard the term “Lokkraut”, headlines like this sparked the nickname.

The devil in the ban

If cannabis has a big bad guy, it would be Harry J. Anslinger. Anslinger, a government official who served five presidents from Herbert Hoover to John F. Kennedy, was the first to head the Federal Bureau of Narcotics (now DEA) from its founding in 1930 through 1962. Anslinger was an avid prohibitionist and has spent his putti career using the full force of the federal government’s resources to misrepresent consumers and ban cannabis use.

Though Anslinger was probably the most ardent prohibitionist prior to his role at the FBN, the states themselves nibbled on the fringes of cannabis use. New York was one of the first to set parameters for cannabis in 1860, followed by other states that culminated in the Pure Food and Drug Act in 1906, which required states to label all medicines containing cannabis indica.

The cannabis ban came into its own in the 1930s with the release of the infamous propaganda film Reefer Madness – also known as Tell Your Children and other less subtle titles like Dope Addict and Doped Youth. This film was about “pushers” that lead students into cannabis use and the tragedy that would inevitably follow, such as suicide, rape, murder, hallucinations, and descent into insanity. The following year, the U.S. government passed the Marijuana Tax Act of 1937, which did not make cannabis illegal per se, but taxed it so severely that it became impractical to use, possess, or prescribe.

It is undeniable that Anslinger’s talk about the cannabis users of his day was fueled by racism. He frequently suggested that his use was driven by blacks and immigrants from Mexico who would tempt women to use cannabis to win the sympathies of white women who – naturally and with many pearls clasped – would get pregnant. All of these allegations have been denied and classified as racial propaganda.

So the “Devil’s Lettuce” is just another nickname for cannabis, right?

Yes. It is impossible to know exactly who coined the term and how exactly it came about, but it seems fairly certain that the term originated in Anslinger’s day, when paranoia and fear of cannabis use were high (so to speak) and many of them did The resulting nicknames had their roots in the slander of certain groups of people.

Let’s leave these to the dust pile of history.

Erin Hiatt wrote about cannabis, hemp and psychedelics after a career as an actor and dancer. Her work has been published in Vice, Civilized, MERRY JANE, Hemp Connoisseur Magazine, Marihuana Goes Mainstream and Doubleblind, among others. 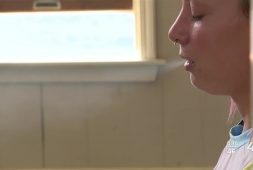 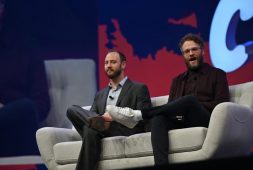 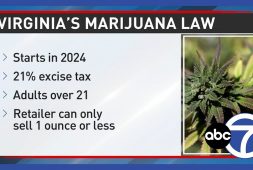