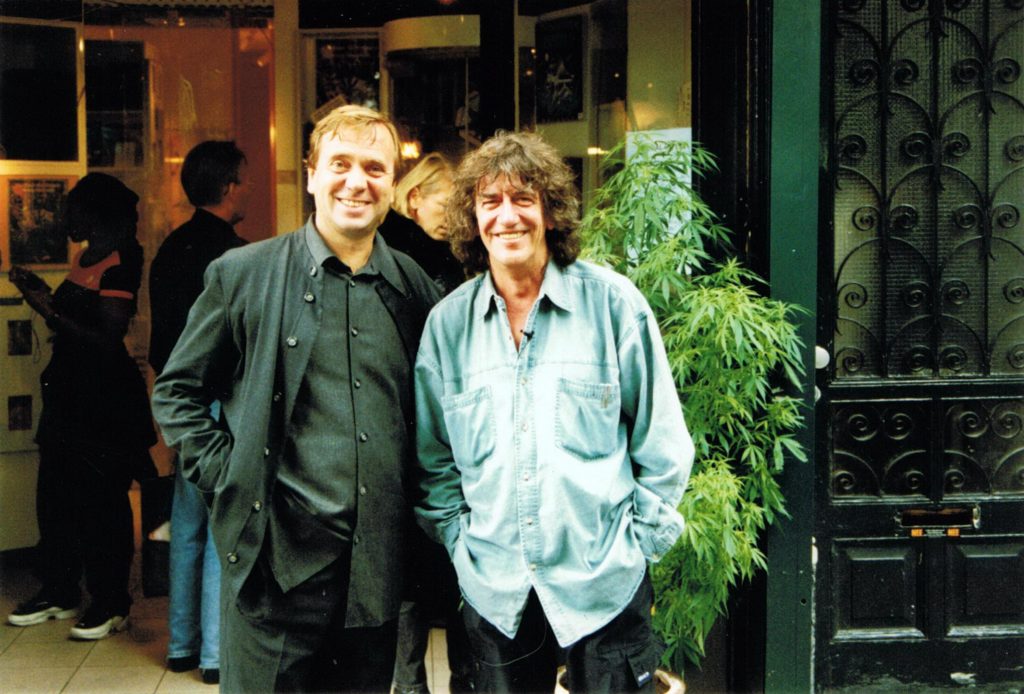 Howard Marks died peacefully in his sleep on April 10, 2016 at his Leeds home surrounded by his four children. He was 70 years old. Sensi Seeds remembers this extraordinary writer, activist, racer, and cannabis smuggler – a counterculture legend who was charming and funny to the end.

As a good friend of Ben Dronkers, the founder of Sensi Seeds, Marks visited the Sensi Seeds store in Amsterdam several times. To honor his life and legacy, we compiled this celebrity profile along with the personal stories of the Sensi Seeds employees who knew him so well.

Who Was Howard Marks?

Things You Should Know About Howard Marks

While Howard Marks’ life was truly remarkable, the best stories come from the people who knew the man. His biography is one of the most exhilarating and exciting life stories, but the heartfelt stories of the people who knew Marks reveal the softer side of Mr Nice – something that is sometimes obscured by his promiscuous life as an international hash smuggler.

In his early life, Marks was an academic. Between 1964 and 1967 he studied physics at Balliol College, Oxford. During this time he first got to know cannabis. In 1967 he began teacher training at St. Anne’s College, Oxford. He gave up teacher training and continued his education at the University of London until 1968, then continued his studies at Balliol College until 1969. Between 1969 and 1970 he went to the University of Sussex to study philosophy of science.

When Marks started selling hashish, he only sold cannabis to close friends or acquaintances. However, in 1970 he was persuaded to help Graham Plinston with the larger drug trafficking. During this time, Marks was introduced to Mohammed Durrani, a Pakistani hashish trader who gave him the opportunity to sell cannabis on a large scale in London. Mark’s hash trading realm continued to grow and soon he was trading cannabis across Europe.

In 1973 Marks was first arrested by the Dutch police. He chose to skip bail and spent the next few years on the run from the authorities.

After Mark secretly returned to the UK, he began importing hashish from Nepal, one of the largest hashish-producing nations in the world. With the help of the yakuza, he spent the years between 1975 and 1978 transporting a total of 55,000 pounds of marijuana through John F. Kennedy Airport. Everyone was involved in this operation, including the Mafia, the Yakuza, the Brotherhood of Eternal Love, the Thai Army and the Palestine Liberation Organization.

Marks avoided drug trafficking charges in the late 1970s in which he pleaded “not guilty” of human trafficking. However, the jury found him guilty of using forged passports and he was sentenced to two years in prison.

Marks’ hash-smuggling adventures continued after his release and he was eventually charged with all kinds of drug trafficking violations in 1990. His then-wife (with whom he had three children) was also implicated in these allegations. He was sentenced to 25 years in prison and fined $ 50,000. In January 1995, Marks was paroled as a model prisoner for his good behavior. He was released in April 1995.

After his release from prison, he published his autobiography, Mr Nice, in 1996. It has been translated into several languages. 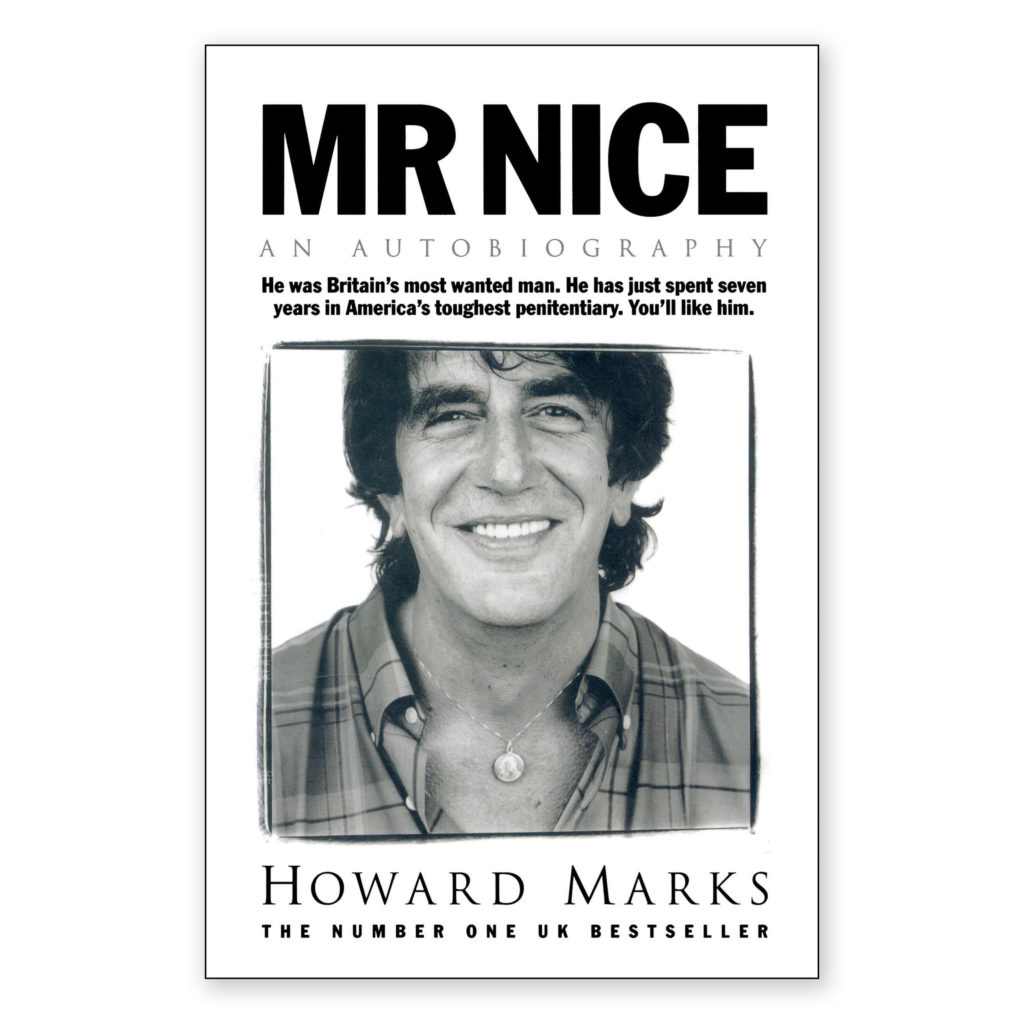 The cover of Mr Nice’s book

And now he’s left the stage

As a close friend of the founder Ben Dronkers and a big fan of Amsterdam, he visited him regularly. When the book Mr Nice was published, Ben was so excited about this epic story of his friend’s adventures and misfortunes that he ordered multiple copies in each language. Sensi Seeds possibly had the only stores in Amsterdam where the book could be bought in Hindi.

One of the strongest, hottest and most popular strains from Sensi Seeds, the legendary G13 x Hash Plant, is called Mr Nice in his honor. He donated his prison ID to the Hash Marihuana & Hemp Museum, where it is proudly displayed to this day. In 2014 he received a Cannabis Culture Award for his lifelong commitment to cannabis.

But when he heard of his death, the milestones of his undoubtedly remarkable life occurred to him. It’s the stories. Those he related came from a seemingly inexhaustible supply (some of which are listed in the Howard Marks Book of Drug Stories). He was a skilled and charming racing driver. He loved a good punch line, a twist in the story.

After repeatedly declaring up until 2015 that he had only smuggled cannabis so far, he wrote to Mr Smiley: My last pill and my will, which starts smuggling MDMA (for personal use) through an airport in 1996. His diagnosis was terminal colon cancer been published. It is typical of his humor that he twists a play on words, a confession and a gentle mockery of death from the title of his last book.

Sensi Seeds’ own Scarlet writes its own story about encounters with Howard Marks. The stories from those who met Howard Marks are the best kind of bio. It becomes clear in these stories that Howard Marks found his way around the world with an enormous heart and a great sense of humor. In the spirit of remembering more than just his drug trafficking shenanigans, we share this personal story of Scarlet himself.

“I – and I have to break the fourth wall for this part, please forgive me – first met Howard Marks at the Cannabis Cup Celebrity Dinner in 1999, when the Cannabis Cup was still having celebrity dinners. So high that I was quite confused by the trial, I stood in line for the buffet when I recognized the man queuing up from somewhere next to me, which was almost everyone in the room at the time. He smiled at me in a familiar way.

As I had done for most of the evening, I gave him a big smile back, said hello, and asked how he was, since I hadn’t seen him in ages. (In my eyes, his appearance was different. Maybe he had a haircut? Or hadn’t had a haircut in a while, which seemed more likely.) He was fine, he replied, and yes, it had been a while.

We kept talking and piling food on our plates much like the THC-Enhanced which was faced with a free buffet until we were interrupted by one of the waiters who basically told my friend he had taken too many tiger prawns. He gave her a massive, radiant smile.

We have started food negotiations. Could he have my share of prawns since I didn’t want them we asked them? If he saved five grilled mushrooms, could he swap them for an extra shrimp? What if the prawns danced on his plate of their own accord, as they often do?

At some point in this increasingly silly and giggling exchange, I finally realized why he looked really familiar and yet different. It was because it was in color, not black and white, and because it wasn’t on the cover of a book. I brokered prawns for Mr Nice. I had mistakenly made him think we were old friends. And he went too.

From then on, we continued to meet at two or three cannabis events a year and continued to greet each other as old friends. To be honest, I was too embarrassed to admit what had happened the first time, and the more time passed, the less important it seemed.

It wasn’t until I last saw him at the 2014 Cannabis Culture Awards that I finally told him. To my amazement, he remembered our first meeting and broke into what was left of his big, warm, scratchy laugh. “I remember. It’s so funny, I was sure that I had to know you from somewhere, you were so sure that you knew me.” 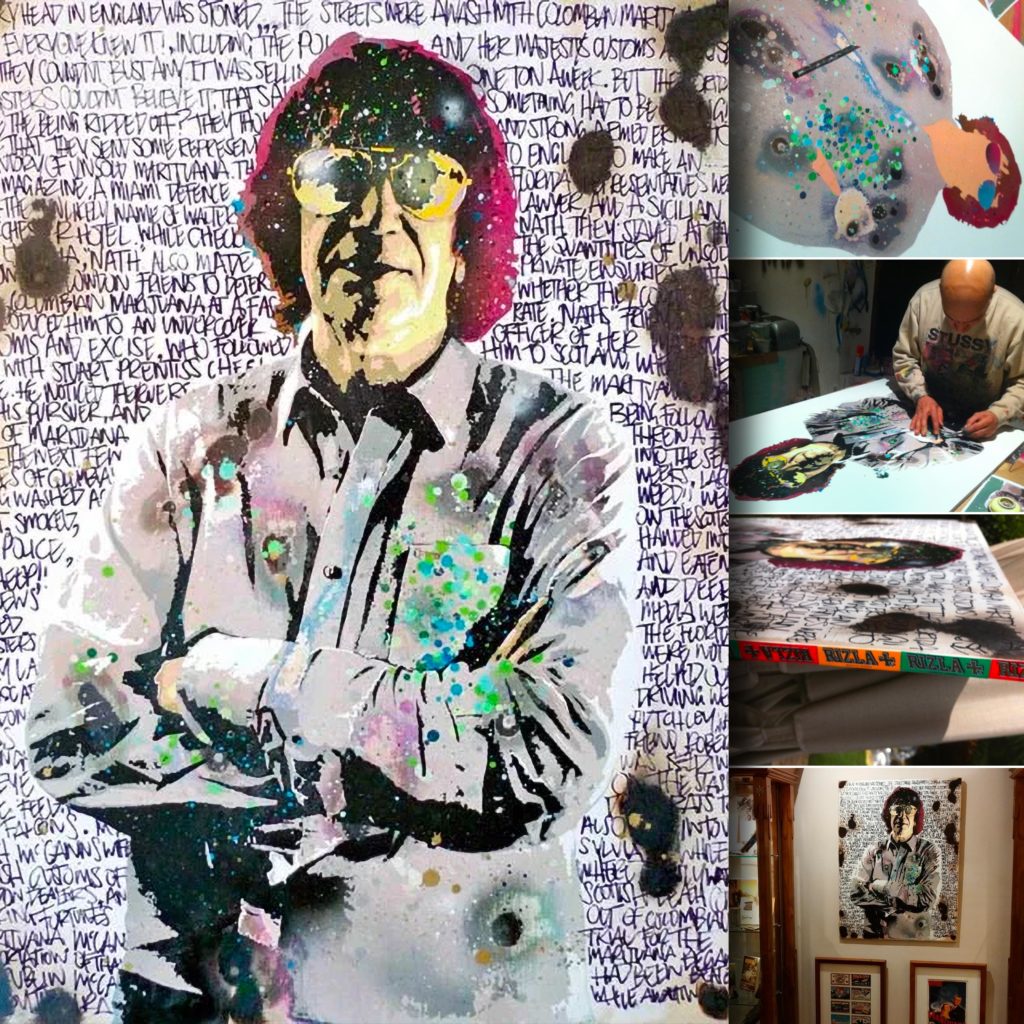 This year’s Cannabis Culture Awards were held in the Hemp Gallery right on the museum’s canal. Marc and Jodie Emery were the other recipients of this annual award. They managed to fly out of Canada with no problems. However, Howard was denied permission to board a flight from Leeds.

Looking at the clock when tonight’s ceremony was supposed to go hand in hand with the Cannabis Cup, Ben Dronkers has messed up the A-Team’s cannabis equivalent. Howard was driven to Manchester Airport, got on a quickly rented plane, and flew to Amsterdam in time for a typically charismatic entry into a standing ovation. News of his illness was not yet publicly known, but his prominent head of hair was gone and he had a fragility that had never before hampered his strength. Even so, he asked for a brandy, rolled a joint and then spoke to an enthusiastic audience with his typical wit, thoughtfulness and wisdom.

His generosity was also unbroken. Ben presented him with a portrait of the artist and DJ Goldie, created in 2010 as part of the Mr Nice project. Howard thanked him warmly and immediately donated it to the Hash Marihuana & Hemp Museum for more people to see than would walk through his Leeds apartment.

Then he took time for everyone who wanted a short conversation, a photo, a handshake. Instead of staying in Amsterdam, he flew back to England; His priority was spending time with his family rather than basking in the glow of its effects on the world of cannabis. “

That he had an influence is undeniable. He has done more to cement the cannabis smuggler’s image as a lovable charmer than anyone else in the counterculture, although both he and his family have suffered terribly from his activities. Still, he never looked bitter. In a January 2015 interview with The Guardian, when the news of his condition broke, he said, “It is impossible to regret any part of my life when I feel happy and am happy now, so I do not regret and haven’t had one for a long time. “

Howard will be greatly missed by the global cannabis community. He will always be remembered as Mr. Nice – and there is no one more worthy of the name.

A documentary about the life of Howard Marks can be viewed online and is called The Real Mr Nice. You can watch the trailer here:

A film about the life of Howard Marks was also made in 2010. It is appropriately called “Mr. Nice ”and tells the fun, thrilling, and thrilling story of Howard Marks’ life. 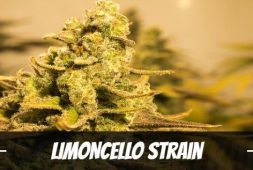 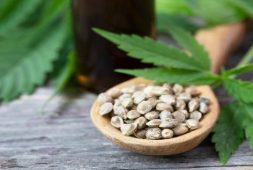 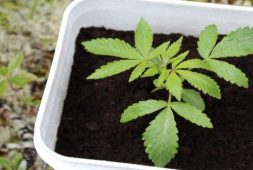