How Rare Cannabinoids Will Impact Investing 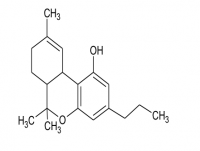 The demand for all cannabinoid products across the board – including CBD, THC, CBG, and THCV – has grown significantly among recreational users, consumer products, and pharmaceutical companies. And the next big race is ahead of the hottest arrival in scientific cannabis therapy: rare cannabinoids.

The companies that will revolutionize this market are the ones with the highest quality and lowest prices, which means that biosynthesis cannabinoid companies will be leaders in investing and gaining market share. We will also see significant consolidation in this market among the growth, harvest and extraction companies increasing efficiency and reducing costs.

What are rare cannabinoids and why should we care?

Rare cannabinoids like CBG, CBN, THCV, THCA, and others have significantly better and more specific health benefits than just CBD alone. Biotech companies like our company Biomedican, which has a patent-pending biosynthesis platform, can produce bioidentical, synthetic cannabinoids in pharmaceutical quality without GMO with 0.0% THC at 70-90% lower costs. The production of 0.0% THC means that rare cannabinoids in nutraceuticals, CPG and cosmetics / lotions can be added without changing current cannabis regulations. Also, we produce exactly the same product every time (not possible with plants), which is extremely important for pharmaceutical companies doing clinical trials.

Why are rare cannabinoids important?

Tetrahydrocannabinol (THC), just one of the hundreds of cannabinoids found in cannabis.

Pharmacological research has uncovered several medical uses for cannabinoids that bind to cannabinoid receptors. They have been shown to help with pathological conditions such as pediatric epilepsy, glaucoma, neuropathic pain, schizophrenia, and have anti-tumor effects as well as promoting the suppression of chemotherapy-induced nausea. This ongoing research is becoming increasingly common and has the potential to uncover therapeutic uses for a range of cannabinoids.

In addition to the medical field, other significant sectors have adopted the use of cannabinoids. There is an increasing demand for cannabinoids in inhalants, in the food industry, and in hygiene and cosmetic products. Veterinary uses for cannabinoids are also becoming known. The use of naturally occurring cannabinoids reduces the need for synthetic alternatives that can cause harmful side effects.

How does this affect the investment market?

Where there is demand, it is followed by significant and growth investments. All of the key players in nutraceuticals, CPG, cosmetics, and pet care companies are driving demand for rare cannabinoids. We are seeing a significant shift in investment from raw material prices for cannabis and CBD to new biosynthetic technology that offers significantly better health benefits and higher profit margins. These unique properties of rare cannabinoids open up a tremendous opportunity to develop new drugs and dietary supplements to treat various diseases and improve quality of life. This creates a tremendous global opportunity for all companies in these categories to differentiate their products from competitors.

The structure of cannabidiol (CBD)

There will be big winners and losers in these markets, but ultimately, the producers with the highest quality and lowest cost will conquer most of these markets. Biomedican has the highest quality, highest yield, and lowest cost of production in the industry. We believe that this puts us clearly leading the market for rare cannabinoids for biosynthesis.

Which Rare Cannabinoid Should You Invest In First?

Early reports indicate that THCV (not to be confused with THC) may have a number of health benefits: it may help appetite suppression / weight loss, potentially treat diabetes, and have the potential to reduce tremors and seizures caused by Diseases like multiple sclerosis or Parkinson’s disease and ALS are caused.

Interest in THCV has skyrocketed because of its potential health benefits. We see big players in the nutraceutical, organic food and pharmaceutical industries calling for THCV to be added to their product lines. Companies can now biosynthesize THCV to produce a pharmaceutical-grade organic, bioidentical compound that is 70-90% below wholesale prices. This is exactly what the largest market players want: a consistent product in pharmaceutical quality at significantly lower costs. Current prices and quality have limited THCV production, but new breakthroughs in biosynthesis have resolved these issues so we expect a tsunami of orders for THCV in 2021. 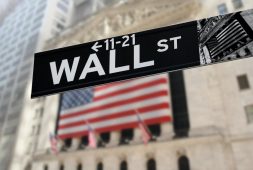