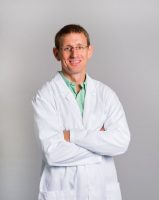 According to a press release sent out last week, Complex Biotech Discovery Ventures (CBDV) has significantly expanded its testing capabilities with the new vapor / smoke analyzer. CBDV is a licensed cannabis and psilocybin research laboratory at the University of British Columbia under the direction of CEO Dr. Markus Rye.

The ability to analyze vapor and smoke is a relatively new concept for the cannabis room, but one that has been used by the tobacco industry for years. In the early days of adult cannabis legalization in the US, stringent testing regulations were put in place for contaminants like pesticides, fearing what would happen if consumers ingest toxic amounts of contaminants.

Over the past decade, the industry as a whole has often neglected the lack of adequate research into how various contaminants affect patients and consumers when they are burned and inhaled. We still don’t know much about what happens when someone smokes a dangerous pesticide like myclobutanil. With the new technology, companies can measure not only pollutants, but also precise cannabinoid values ​​in vapor and smoke and thus read more precisely which cannabinoids actually make it to the end user.

The smoke analyzer at CBDV

This new development, coming from our neighbor to the north, could lead to a breakthrough in testing and research in the cannabis laboratory. CBDV claims that they can now analyze cannabis material with much more thorough analysis than basic compliance testing labs. The new technology for analyzing smoke, steam, plant material and formulations enables companies to thoroughly understand their materials at every stage of the product formulation process through to product consumption.